The Next Phase of Our LED Streetlight Project 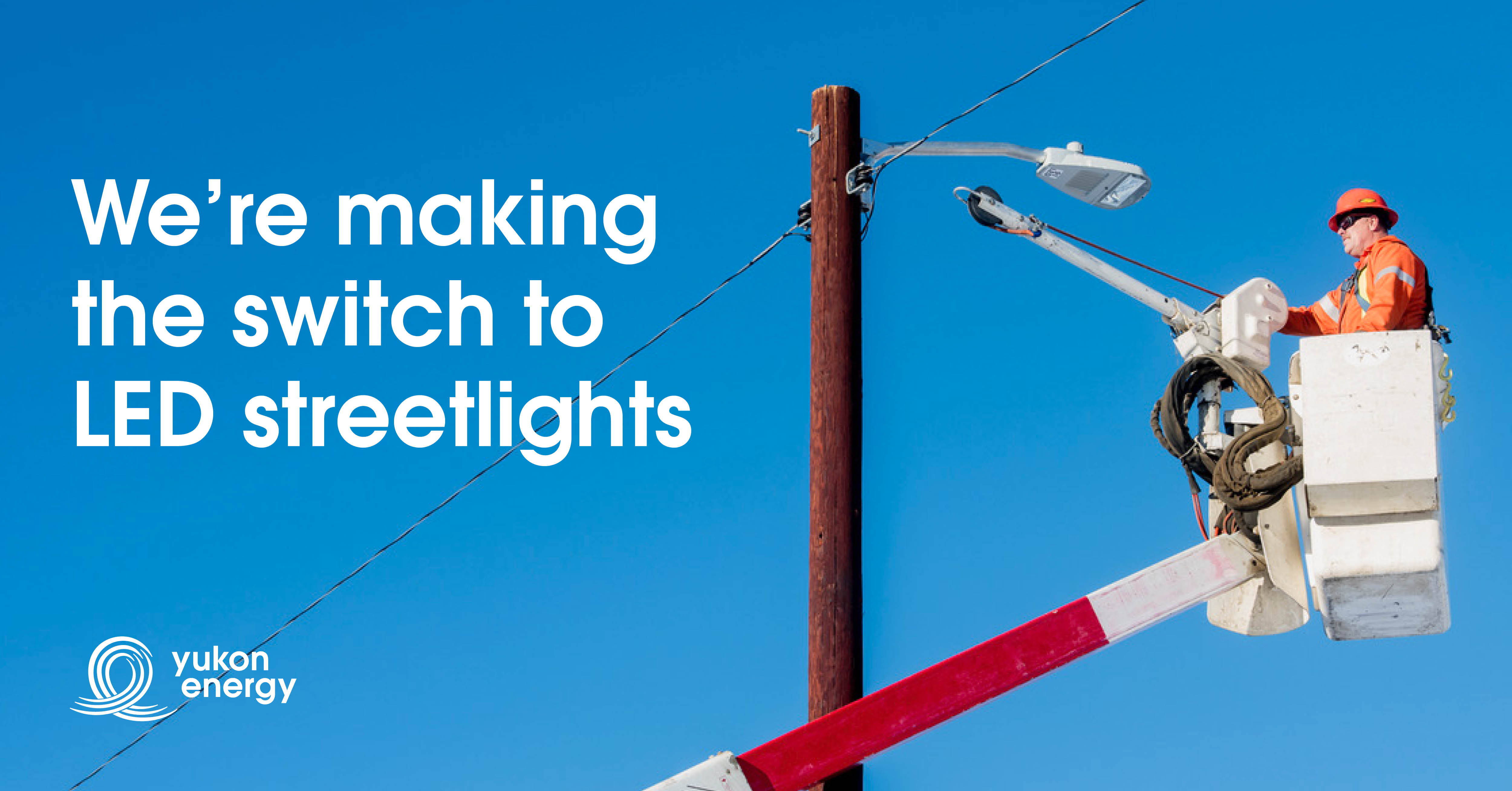 We are replacing all our existing streetlights with energy efficient Light Emitting Diode (LED) lights. Two years ago we changed the streetlights in Mayo and most of Dawson City. Over the next several weeks we will install LED streetlights in the rest of our service areas, including Faro, Champagne, Braeburn, Mendenhall and rural Dawson.

In selecting the lights, we have worked to ensure public safgety while mitigating light pollution. We have received very positive feedback so far about the quality of the light from the new LEDs.

Why make the switch?

What will be the savings?

The people paying the streetlight bill (municipalities, First Nation governments, Yukon government) will see their power bills go down by about $35 a year per light. For example, Faro has approximately 170 lights so that would be a savings for the town of almost $6,000 per year.

Yukon Energy will also benefit by seeing energy savings during cold, dark winter nights when our system peaks are highest and we are running thermal generation.

Residential customers can see savings by switching to LED lights in their homes. Our electricity conservation and efficiency program inCharge offers $7 rebates on each package of ENERGY STAR® LED lights.

White LEDs, on the other hand are still developing technically and should not be shopped based on cost alone. The need for quality and longevity is what fuels the further research and development into white LEDs.