Construction begins in the spring of 2022 for our new grid-scale battery storage system on Robert Service Way near the Alaska Highway. The new battery will help Yukon Energy meet peak demands for electricity during the winter, burn less diesel fuel and improve the reliability of the Yukon grid. 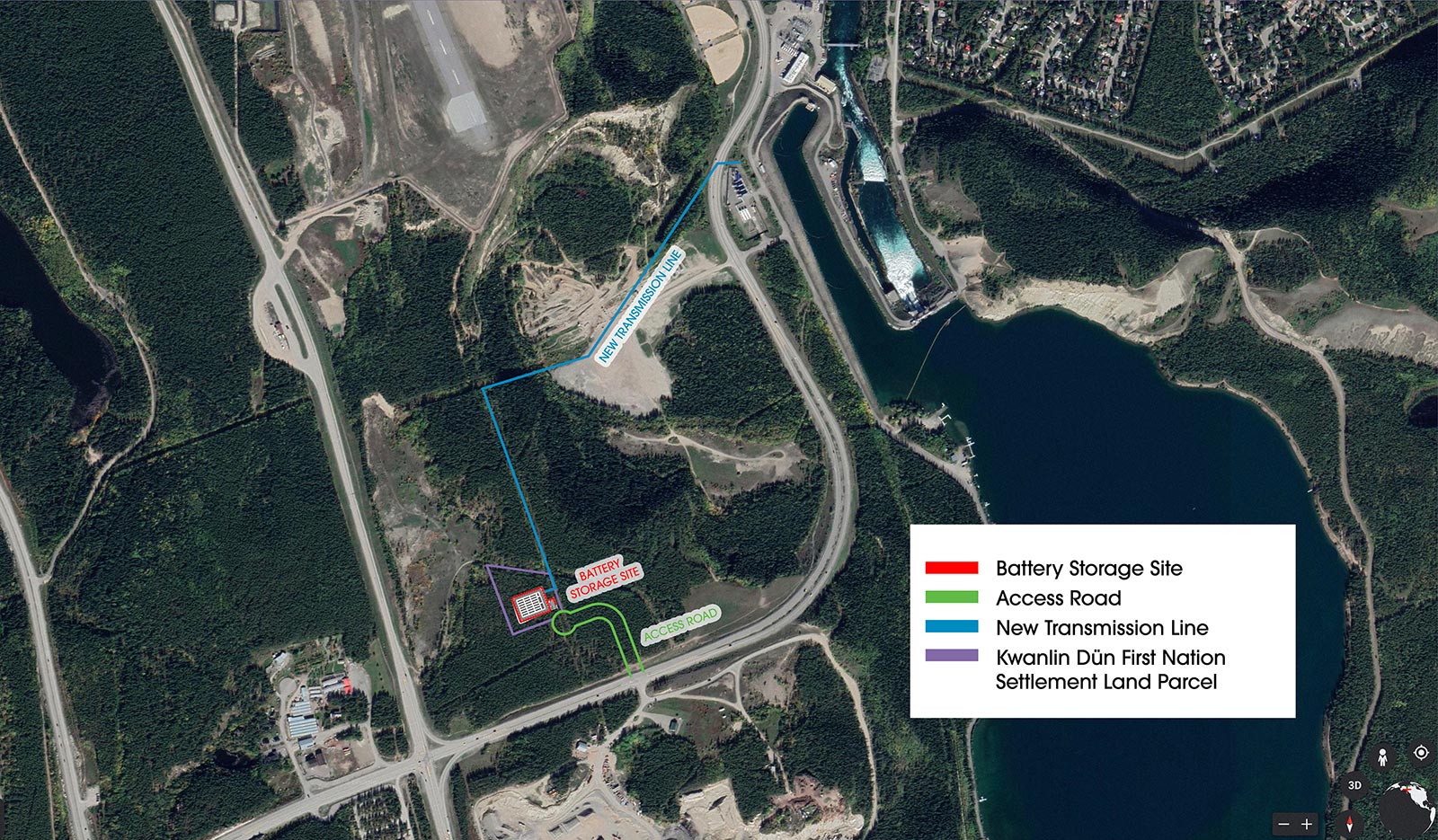 Yukon Energy and its contractors will also build a new transmission line to connect the battery to the Whitehorse Rapids Generating Station and the Yukon grid. The new power line will be built alongside the power line that already exists in the area.

Construction of the transmission line may disrupt those who hike, ride and walk their dogs along the unmarked trails in the area. While we’re not closing the trails, we are asking that you use extreme caution during the construction period, which is expected to continue until January 2023. Avoid active construction activities, pay attention to all temporary signage, keep your pets on a leash and let children know to avoid the area.

Working together with First Nations-owned businesses

Yukon Energy acknowledges that the new grid-scale battery is being built on the shared Traditional Territories of the Kwanlin Dün First Nation and Ta’an Kwäch’än Council.

When finished, the battery will be the largest of its kind in the North, and one of the largest in Canada.

This project is funded in part by the Government of Canada. For more information, read the news releases below.